Over the years, Lulu's comb has changed drastically.  This is her baby comb when I first separated her from the rest of the flock when they were slowly starving her to death.﻿ 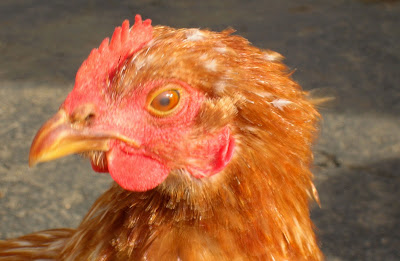 Here she is again after she moved into the corner of the kitchen.  Isn't she cute! 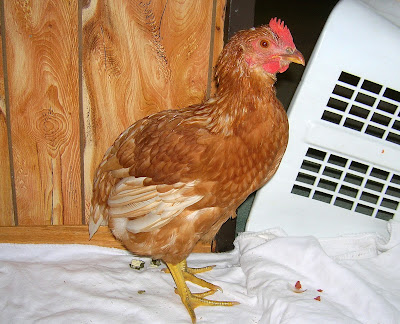 Here you see her sporting a "comb-over" (according to my son). 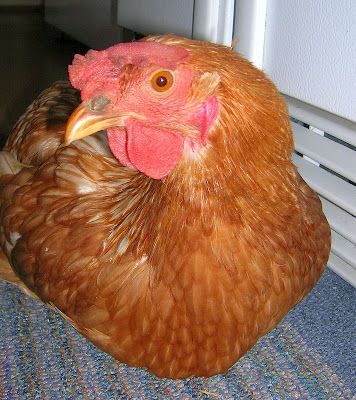 Sometimes Lulu's comb-over looked like a hat as it was so big and flat. 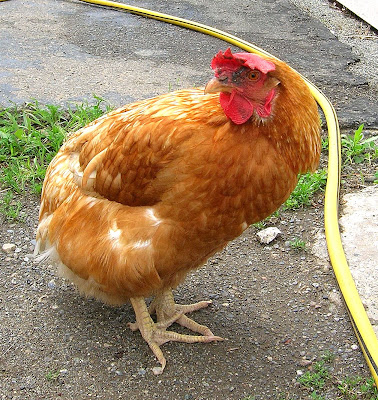 When she molted and stopped laying, her comb shrunk again. 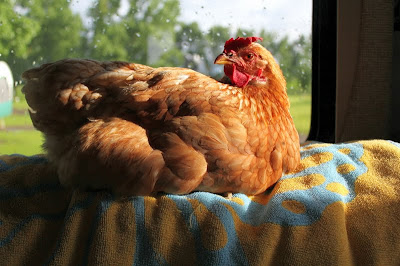 Here she is drinking and sporting a stand-up comb.  It was quite thick but upright. 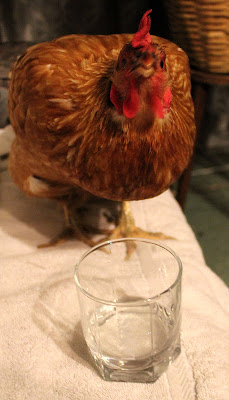 This photo shows her chewed off tip where she had a fight with another hen through the fence.  Lulu knew she was special and made sure the other chickens knew as well.  More than once there was posturing and pecking, scratching and flapping through the wire fence.  Sometimes Lulu won but sometimes she lost.  It happened so quickly that I  often wasn't able to prevent it from happening. 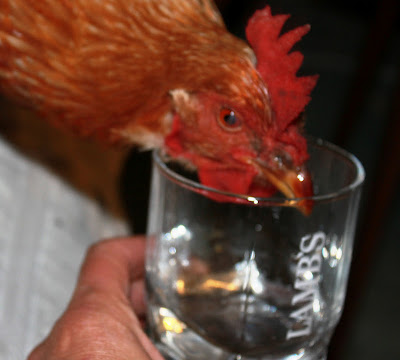 This shows a slight flop-over.  Until I had Lulu, I never realized that combs change over time - and now always getting bigger.  She is in one of her non-laying stages.  You can tell by the colour of her comb and wattles.  When she is laying, they turn a deep, rich red. 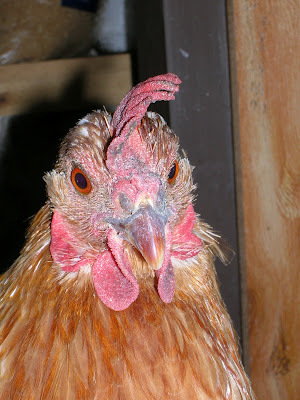 A partial comb-over during the winter to keep her head warm. 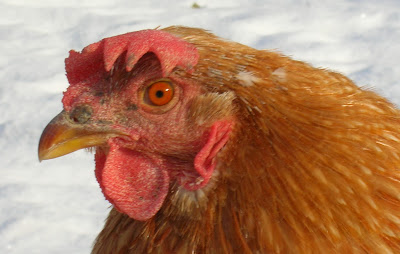 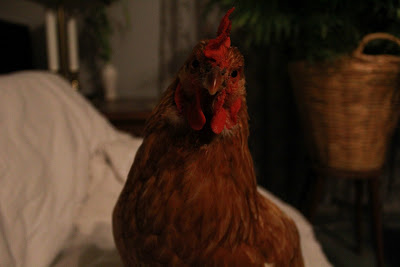 Doesn't it almost look like her comb is giving us the finger? 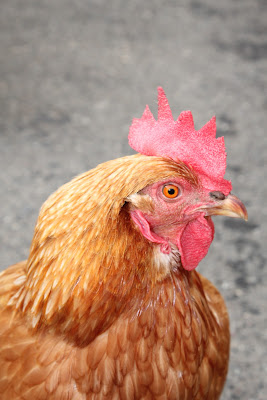 This is the latest that Lulu is sporting. 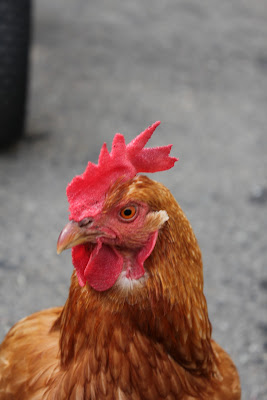 Have you ever felt a chicken's comb?  Do so if you get the chance.  It has a soft spongy feeling.  Quite unlike anything else I've felt. 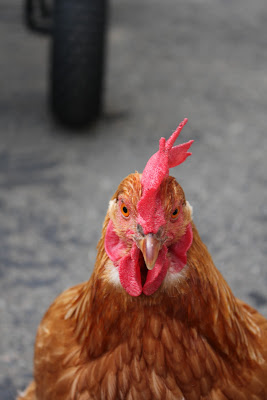 Now back to the real world after learning more than you'll ever need to know about chickens' combs.  ;)